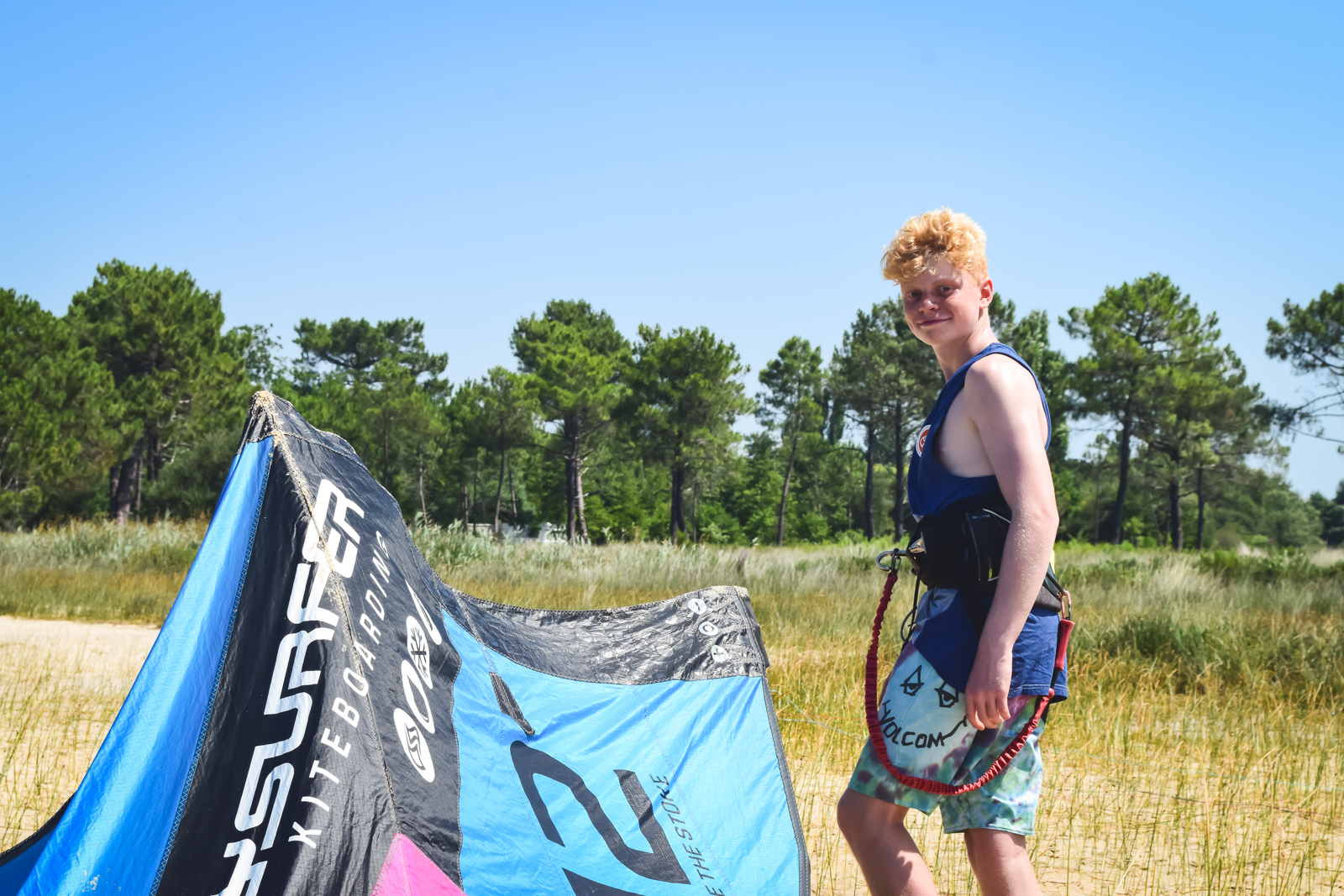 Toby is one of the rising stars of British Freestyle. After his success in the Junior category last year, he decided that despite being young enough to remain in the juniors, he wanted to step up and compete in the Junior Pro category. This is a big leap as most of the competitors are much bigger and stronger. After moving over to Flysurfer last winter, Toby has been flying the STOKE kites and the RUSH board. Toby ended up facing some stiff competition but after the last event just managed to come away with the top spot overall – making him British Junior Pro Freestyle Champion.

This year has been pretty interesting! Not only did I compete in a brand new category, Junior Pro, but also we all had to contend with some incredibly hard conditions. The competition has taken me all around the UK with just over 3000 miles driven and many hours on the road. Also, this year has been the first year competing with my new sponsor, Flysurfer, which has been awesome and it’s been so great to work with Tom Beaton at Maxtrack.

Stop 1 – Skegness
This was my first time in Skegness, although I saw it a lot kitesurfing just across the wash in Hunstanton. The first day of the event was spent waiting for the wind to come and consisted of putting up flags, tents and talking to people about how the wind was definitely going to come – but, it never did! After having waited most of Sunday, the wind started to come in so I found the biggest kite I could – the 15 meter Flysurfer Soul and Rush board and made my way down to the water’s edge. Once we were there it wasn’t long until we were called to compete. Because of the light, straight on shore wind the judges decided to change the format to one heat of ten minutes, instead of the usual multiple 7 minute heats. When my heat started I knew straight away that I would have to throw whatever I could. This consisted of all my ‘bread and butter’ tricks, things like unhooked backrolls, s-bends and surface passes. This worked out very well for me as I ended up winning the overall position in that heat. This meant that I had won that competition and given myself a massive advantage for getting the overall title for the year.

Stop 2 – Hayling island – British kitesurf armada
This stop is always one that I look forward to as it is not only a stop of the BKC but is also held at the British kitesurf armada, one of the biggest kitesurf festivals in the world with loads of stalls and entertainment. similar to the Skegness event, the wind was really light on the Saturday morning but started to build throughout the day. Towards the mid-afternoon the wind started to come in, enough to run a few categories. But unfortunately it died before they managed to run my heat. So it was once again all down to the Sunday. Sunday came and it was light in the morning but then picked up enough to run my heat. Like the first round they had to change the format to one ten minute heat to try and get through all categories. Once I was on the water I travelled as far upwind in the box as I could and waited for the green flag. This time I was fully powered on the 15 meter Soul so I could do all my tricks comfortably. The green flag went up and I did all that I had practised. I knew this heat was going to be close and everyone was throwing down tricks left, right and centre. The red flag went down and I was pretty happy with my performance. I had managed to seal a second place meaning I was still in first place overall but only by 10 points, so it was going to be close.

Stop 3 – Westward Ho!, Devon
This year I was really looking forward to the Westward Ho! event as it’s home to one of my sponsors, 514 Elemental and loads of friends. After having a very eventful flight – with the airline leaving my kit in Newcastle, I was on the beach and had my kites so it was just a game of waiting for the wind – sounds familiar doesn’t it? The wind didn’t show on the Saturday and sadly after many attempted but black flagged heats, the wind meant we could not get a result. So it was all down to the final stop at Ramsgate in Kent!

Stop 4 – Ramsgate, Kent
This was the fourth and final event of the year and with only ten points between myself and Eddie Hooper, another rider in the junior pro; we all knew it was going to be a close event. This weekend had a great forecast with wind all weekend so we knew it was going to be a fun event. On the Saturday we started off with a briefing like all the other events and then I found out my category would be one of the last to compete so I knew that it was going to be a pretty chill day. The first half of the day was spent helping out with some of the junior riders getting ready for their heats and getting the right kites and the second half was spent chilling out on the beach as we knew that the forecast was better on the Sunday. The Sunday came and we immediately knew that it would be on, the wind was there and it didn’t look like it would be going anywhere. Then it was just about waiting for my heat. After watching the pros throwing some shapes, soon enough it was time for me to get into the water. Immediately I knew it was going to be interesting with lots of chop and a big wind shadow but I’d been out in much worse. I decided to use the 8 meter stoke and my rush board which I knew would perform really well in the conditions. I got out and just stayed on the upwind buoy and soon enough the green flag was up. I threw some tricks that would score but also that I knew I was likely to land. Soon enough the red flag was up and it was time for my second heat. This heat went ok but a crash in the middle meant it didn’t go as well as I’d liked. Before I knew it, it was time for my last heat. This one was important so I gave it my all. And just like that it was finished and I’d done all I could. I got in and made my way to the prize giving. I was incredibly happy to find out that I had won the Ramsgate event meaning that I had won the whole tour, making me the 2018 British junior pro champion!

I’ve had an amazing year meeting so many new faces and competing in a brand new category. I would like to thank my sponsors, Flysurfer for helping me out with awesome kit and 514 elemental for coaching me and giving me great support!